Celebrity Culture Can be The Carrier of Important Social Messages

across the world in recent decades. A lot of people cannot see much good in public fascination with short-lived fame that is so eagerly translated into opulent media coverage, from web sites to television programs. They reject the notion that there might be a silver lining to this international phenomenon, concentrating on perceived wrongs it does, like putting pressure on educational and cultural aspirations or encouraging audiences to indulge in disreputable practices. In fact, the explosion of celebrity culture has given rise to a vast array of consequences, not all of which can be tied to low standards and dubious behaviours. It is in this diversity of messages where a number of laudable cases become diluted and, in effect, overlooked. Since public fascination with the rich and famous has reached such gigantic proportions, would it not be wise to try to look at its bright side, rather than just keep moaning?

Of course it would, because it is clear from how this movement is developing that the celebrity cult is here to stay for longer, possibly even in an increased, intensified form. That is why reading the latest report from a group of researchers from the University of Missouri was such a breath of fresh air. Instead of contributing to a chorus of detractors, they provided evidence for a beneficial side of following those in the limelight.

The main point was that due to their often emotional connection with high profile personalities, people’s attention rises when they read, watch or hear celebrity stories and they are more prone to absorb information. This is especially useful when it comes to the news that involves important social or medical issues in relation to the lives of the rich and famous. No traditional leaflets or brochures could teach fans, usually very young people, as much and as effectively as celebrity-based messages. Even if they are not overtly constructed to be educational, they are a fantastic springboard to further discovery, in online sources or elsewhere. In turns out, the path from some random celebrity gossip to awareness of serious issues is not that long and winding. One good example is the coverage of Michael Douglas’ throat cancer that, on top of being sensational, offered a rare glimpse into the intricacies of this threatening condition.

Celebrity coverage is inherently viral, moving quickly from one source to hundreds of recipients, which intensifies the effect on the population. It often goes from a tabloid story to internet forums, instant messengers or webcam exchanges, so if the topic entails a social matter, it has the potential to reach and have an impact on more people. All the more so considering the fact that stars are treated by many readers, viewers or listeners 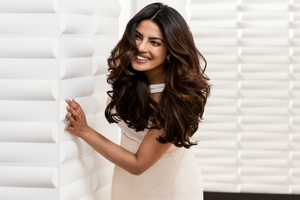 as surrogate relationships. In other words, fans tend to be easily and deeply affected by their lot, which ups the chances of their further research into issues.